The Zika virus is fast becoming a worldwide health concern. As an increasing number of cases are reported in South America, it's time to take a look at what we know about the Zika virus and how MasterShield Gutter Protection can aid in mosquito prevention.

Zika is spread primarily through the bite of an infected mosquito. Outbreaks have been recorded in Africa, Southeast Asia and the Pacific Islands since the mid-20th Century. The first cases of Zika in the western hemisphere were recorded last year – namely, in Brazil. According to the Centers for Disease Control and Prevention, symptoms are typically mild with the potential for fever, rash, joint pain and conjunctivitis.

The Zika virus is transmitted by mosquito bite. There have, however, been recent reports of the virus being sexually transmitted. There have also been several reports of babies born with microcephaly – a birth defect that causes an abnormally small head and incomplete brain development – which are linked to mothers infected with the Zika virus. Additional studies are still needed to determine the degree to which Zika affects human health.

Mosquitoes lay eggs in standing water and need only a small nook or corner to lay their eggs. If the standing water persists, there is potential for generations of mosquitoes to breed in the same spot.

Diligent removal of standing water is the key to prevent risks associated with mosquitoes. The following are preventative steps to take to reduce the health risks caused by mosquitoes:

Gutters are typically the last place people think to check regularly for standing water, but they are quick to trap shallow pools with only a few pieces of debris in the trough. Make sure that your gutters have no dips along their length. MasterShield uses micro mesh technology that ensures mosquitoes can't get through.

With micro mesh protection, nothing but water will enter the gutter below – other gutter guard systems with too big of an opening (like the common reverse curve designs) are a potential breeding ground for mosquitoes. 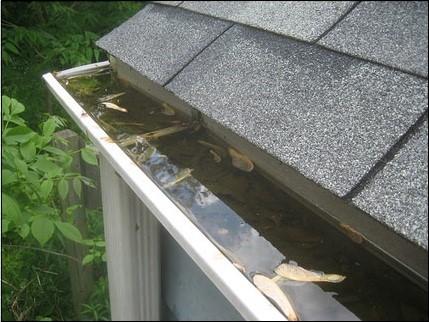 The mosquito that carries Zika has yet to transmit the virus in the United States. Let's keep it that way by remaining mindful of simple ways to prevent the spread of mosquitoes and the illnesses they can harbor.

Back to Previous Page
Back to News & Events